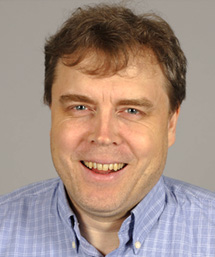 Stas Kuzmin has a Ph.D. in physics from the University of California, San Diego. He started his career in the oil industry in 2004 and completed multiple projects over a variety of disciplines in exploration and production. He has a comprehensive experience in Rock Physics modeling including modeling rock properties resulting from change in fluid, pressure and stress. As a Rock Physic expert, Stas did 4D reservoir modelling taking into account changing rock and fluid properties allowing him to predict seismic response resulting from production effects. He built 3D geological models with
hundreds of faults and multiple rock properties based on seismic velocity and used them to predict pressure for Trion field development in Mexico GOM. As a part of his career Stas also did excel in real time well operations and pore pressure prediction in Mexico and Trinidad. His unique experience with rock physics and building of 3D geologic models based on seismic velocity allows him to bridge the gap between 3D seismic volume and rock properties measured at the wellbore.